The Russian military has accused their Israeli counterparts of causing Syrian air defense forces to shoot down a Russian Il-20 plane. The air defenses were responding to an air raid by Israel on Latakia.

The Israeli Air Force launched their surprise night attack on Latakia in a way that put the Russian plane in harm’s way, the Russian Ministry of Defense said in a statement. The ministry said Israel must have known that they were setting up the Russian plane to be hit by a Syrian counterattack, but failed to either change their approach to targets in Syria or give Moscow enough time to move the Il-20 to safety.

According to the Russian military, four Israeli F-16 fighter jets attacked targets in Syria on Monday night, approaching from the Mediterranean Sea at a low altitude. The Il-20 was on patrol in the same area, and was shot down by a Syrian S-200 surface-to-air missile that was launched in response to the Israeli attack.

“We consider these provocative actions by Israel as hostile. Fifteen Russian military service members have died because of the irresponsible actions of the Israeli military. This is absolutely contrary to the spirit of the Russian-Israeli partnership,”the statement said. “We reserve the right for an adequate response.” 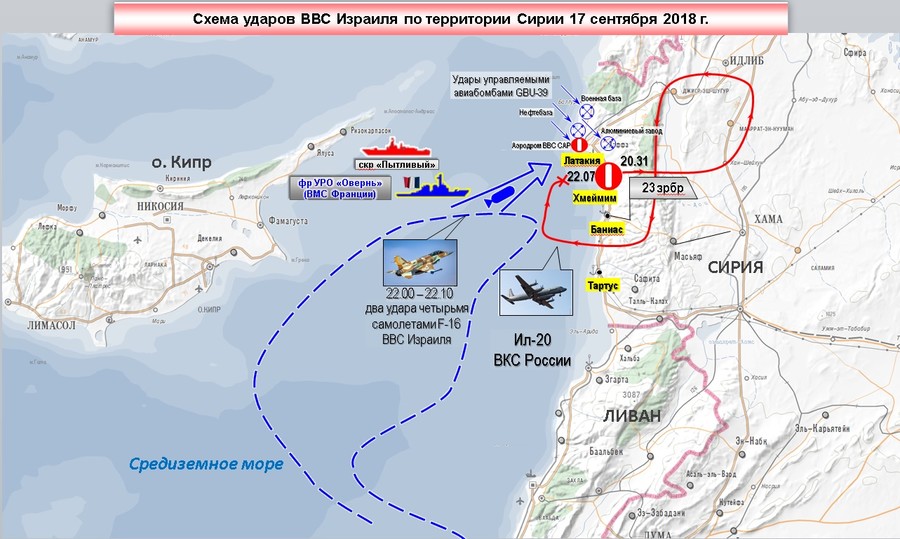 The statement also updated the death toll arising from the incident. Earlier, the Russian military said there had been 14 crew members on board the missing Il-20. A search and rescue operation off the Syrian coast is underway.

Israel has yet to offer any public comment on the Monday night raid, which is in line with its usual policy. Israeli officials earlier acknowledged that the country’s air force has attacked hundreds of targets in Syria, which they linked to Iran, over recent years.

As Civilian is Killed in Encounter, Police Place Kashmiri Child at...

UP cop, who masturbated in front of women, loses job