Jurgen Klopp has quashed talk Mohamed Salah could leave Liverpool and believes the Egyptian is “very comfortable” at Anfield.

Salah has netted 39 goals in all competitions in his debut season at Liverpool and his goalscoring form has seen him linked with a move to Real Madrid.

But boss Klopp is confident the 25-year-old is going nowhere this summer, declaring Salah is delighted with life at Liverpool.

He told German publication Bild: “I know that Mo feels very comfortable here, and he knows that our style of play suits him very well, so I am not worried about a transfer.” 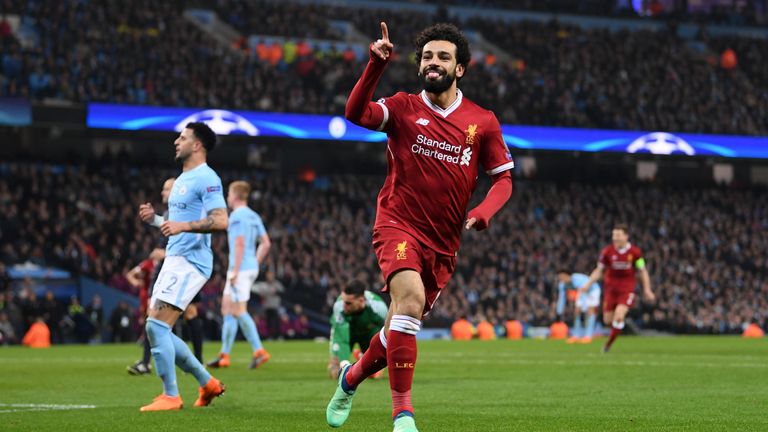 Salah can become just the third Liverpool player to score 40 or more goals in a season and is the Premier League’s top scorer with 29 goals – four ahead of Harry Kane.

The former Roma forward has described playing for Liverpool as “special” and had plenty of praise for the Anfield crowd.

He told CNN: “There’s something very special about playing for Liverpool. The Champions League nights are special for the fans too. You can feel it on the streets.

“The atmosphere in that first game against Manchester City was the first time I had really seen something like that.

“When we saw the draw, everyone knew it would be a difficult game, but I said we had to be positive and win. That’s what we did.”

McGregor calls Khabib a ‘scurrying rat’, gets reminded of own ‘embarrassment’ in Twitter spat