Thousands of Palestinians rallied in Jerusalem’s Old City on Friday against French President Emmanuel Macron’s defense of the right to publish cartoons seen as offensive to Islam.

Demonstrators chanted “There is no god but God, Macron is the enemy of God” and “Mohammed, your nation will not give in,” following Friday prayers at the Al-Aqsa mosque compound, Islam’s third holiest site.

During his sermon, Sheikh Ekrima Sabri said the French president should be held accountable “for the acts of violence and chaos in France because of his provocative statements against Islam.”

France has been rocked by multiple deadly attacks in recent weeks that are suspected to be linked to Islamist extremism, including the latest at a church in Nice on Thursday when a knifeman killed three people.

Clashes erupted in the streets of the Old City shortly after the rally between protesters and Israeli security forces, who arrested three demonstrators, police spokesman Micky Rosenfeld said.

Hundreds of Palestinians also demonstrated on Friday across the Israeli-occupied West Bank and the Gaza Strip, where portraits of the French president were burned and trampled, AFP journalists reported. 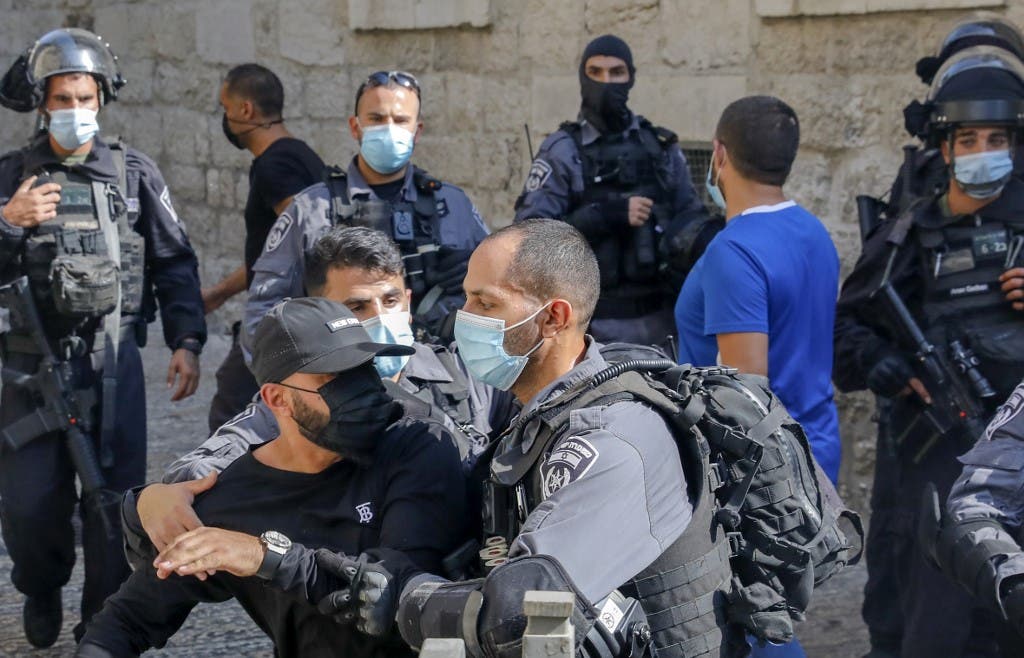 Macron’s comment came after a man labelled as an “Islamist extremist” on October 16 beheaded a schoolteacher in a Paris suburb for showing pupils cartoons of the Prophet Mohammed in a class on free speech.

The cartoons were those published multiple times by French satirical magazine Charlie Hebdo, the offices of which were attacked in 2015 by several individuals labelled “Islamist extremists.”

Macron’s promise to “not give up cartoons” sparked a wave of protests against the president and calls to boycott French goods in several Muslim-majority nations.