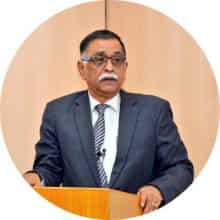 Bangladesh capital Dhaka is all spruced up with the ongoing celebrations of the country’s golden jubilee of attaining independence and centenary year of Bangabandhu Sheikh Mujibur Rahman, whose exemplary leadership was largely responsible for the liberation of Bangladesh from the brutal Pakistani occupational forces. The grand celebrations, already underway, with the participation of many world leaders, appear more significant with the upcoming presence of Prime Minister Narendra Modi who is reaching Dhaka on a two-day visit (March 26-27). Indian PM’s visit is also crucial because Bangladesh is the first overseas country that PM Modi is paying a visit to after almost a year of remaining within the country due to coronavirus pandemic. The COVID threat notwithstanding, PM Modi and his counterpart, Bangladesh PM Sheikh Hasina had video talks discussing crucial bilateral issues. In sum, both the neighbouring countries remained in close touch further reinforcing ties.

PM Modi, visiting Dhaka at this juncture is bound to strengthen relationship. Incidentally, Bangladesh was the first recipient of COVID vaccines from India when the consignment was flown by a special aircraft. This humanitarian gesture has augured very well with the Bangladesh government as well the people of Bangladesh. It was purely a humanitarian gesture. Bangladesh accepted this extraordinary gesture with gratitude. The Indian Foreign Secretary, Harshvardhan Shringla, who was immediately earlier Indian High Commissioner to Dhaka,  reached out to PM Hasina at the peak of coronavirus pandemic and later Indian External Affairs Minister, S Jaishankar paid a visit and met PM Hasina and his counterpart, Bangladesh Foreign Minister paving the way for a smooth and creaseless interaction between PMs Modi and Hasina scheduled in less than a week’s time.

Earlier, PM Modi had inaugurated a new bridge appropriately called the Maitri (friendship) bridge connecting India and Bangladesh over river Feni. This is yet another milestone reaffirming ties between the two friendly countries.

While in Dhaka, PM Modi, other than participating in the Golden Jubilee independence and Mujib centenary celebrations, will visit Tungipara, the birthplace of Mujib and pay tributes to Bangabandhu, visit two Hindu temples in Gopalganj and Satkhira districts, meet a delegation of prominent Hindus in Bangladesh other than holding bilateral talks with Hasina on matters of mutual concern. It is also said that two postage stamps will be issued in PM Modi’s presence.

Meanwhile, heads of governments of Maldives, Sri Lanka and Bhutan are already in Dhaka and some other global leaders are also expected to join in by next week. A number of world leaders including from Russia, Canada and Sweden have sent video recordings greeting the Bangladesh PM in the twin celebrations. All seem to be genuinely reaching out to Bangladesh for multiple reasons.

Bangladesh, under Sheikh Hasina’s uninterrupted more than a decade long governance, has paid a lot of dividends. Its economy is shining, there is a stable government in place, terror scene looks largely under control and on the social front , women emancipation, literacy etc are showing a steady trend. Trade and exports of Ready Made Garments ( RMGs) is picking up. And most recently, Bangladesh has been declared the 68th happiest nation in the world. The timing couldn’t have been more appropriate for Bangladesh .

Prime Minister Hasina’s political stature is now on the upswing. Her handling of the humongous Rohingya problem since 2017 had been praiseworthy. She seems to be transiting from a politician to a statesman or at least that’s a perception in the making. Her iron-handed dealing with the terror menace has also been recognised. Since the July 1, 2016 Artesan Bakery deadly terror incident in Dhaka, there had not been any major terror incident. The patience she displayed on repeated provocations by certain quarters that China was cosying towards Bangladesh and that was at the cost of Indian security interests displayed her maturity. And, similarly, Bangladesh purchasing submarines from China seemed to unsettle some in India but she handled it adroitly.

Bangladesh is a sovereign independent nation and it has every right to maintain ties with other countries. Recently, Pakistan and Turkey have set up new diplomatic missions in Dhaka. Geo-political equations are rapidly changing. It would appear prudent to be alert and watch the activities rather than reacting. There had been acerbic attacks on Bangladesh when some unsavourily called Bangladeshis as termites or pests. Bangladesh and Hasina showed restraint aplenty not to be dragged in any controversy impairing bilateral ties. Fortunately, things appear to be settling down and there are hardly any talk of CAA or NRC. This status merits to be maintained to keep the bonhomie intact. Bangladesh has so far proved to be the most trusted ally and friend in the neighbourhood.

Hence, it’s imperative to develop more deeper ties and this can be further firmed up during PM Modi’s upcoming visit. On her part, Hasina has time and again acknowledged India’s role in the liberation of Bangladesh and Indian war heroes are decorated by Hasina for their valiant role in the freedom struggle of 1971.

Now that it’s becoming increasingly clear that India and Bangladesh are coming closer than before, utilising the Mujib centenary and golden jubilee of independence rejoicings, the opportunity must be seized for good. Yet, the security outfits of both countries must not lower their guard or be complacent. The elements vehemently opposed to Indo- Bangladesh friendship, with the help of religious extremists and in collaboration with extraneous powers, can go to any extent to harm the mutual interests. We have Sheikh Mujib’s brutal end still fresh in our memory. If history is any indication or a lesson or two to be learnt, utmost security preparedness is called for. A more dynamic intelligence and security cooperation seems need of the hour amid a new chapter being opened between India and Bangladesh. In the coming week, more events are likely to unfold in relation to Indian PM’s visit, which could be worth watching with interest.

The Writer is Retired IPS officer and a Bangladesh Watcher. He was also posted in Dhaka to oversee the Indian Security Concerns.