List of hate-mongers fired for offensive remarks gets longer, despite warnings

Dubai: It seems that the warnings of the Indian mission have fallen on deaf ears as the list of Indian expats facing action over vile Islamophobic remarks on social media keeps getting longer.

Over the weekend, at least three more have been fired or suspended after their offensive posts were brought to the attention of employers by social media users.

The men now join nearly half a dozen hate-mongers who have similarly landed in trouble in recent weeks.

The latest addition to the growing list include Italian chef Rawat Rohit, storekeeper Sachin Kinnigoli and a cash custodian whose name has been withheld by his firm. 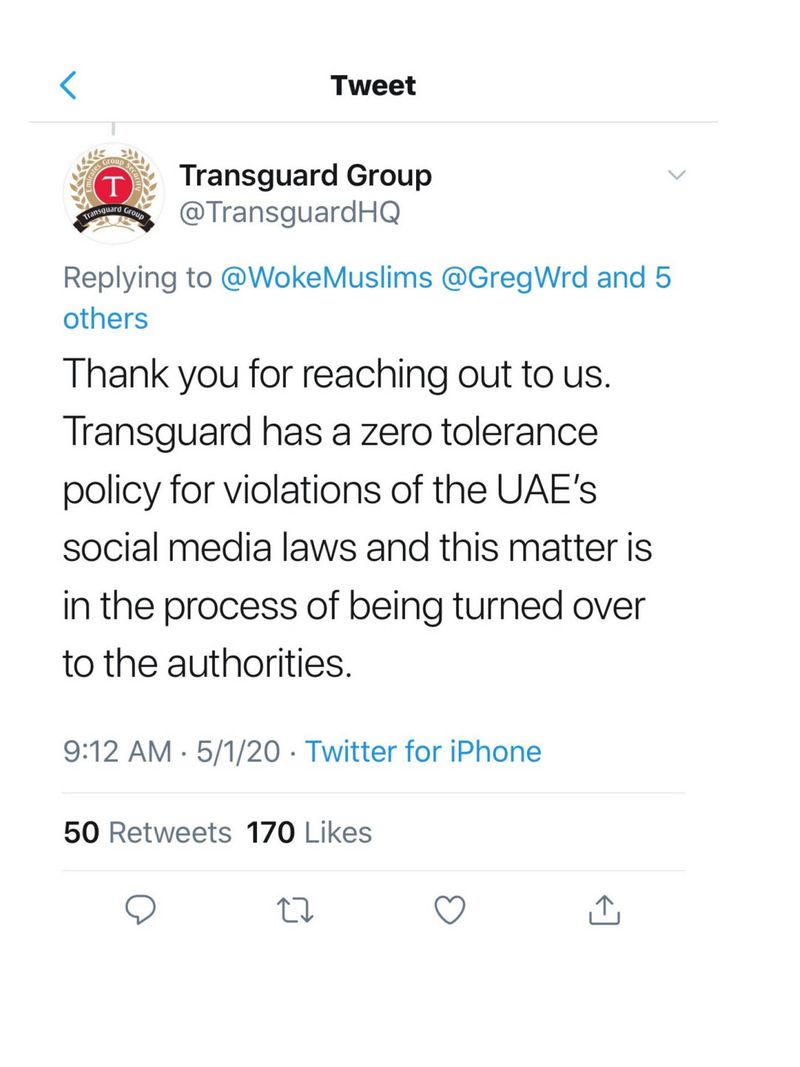 Gulf News is refraining from publishing the posts or going into the details of their offensive content.

A spokesperson for Azadea Group that operates Eataly, a chain of high-end Italian restaurants in Dubai, confirmed that Rawat Rohit who was employed with them as a chef has been suspended and is facing a disciplinary probe.

“We have withheld his salary and told him not to come to work. The matter is under investigation. We have a zero tolerance policy. Anyone found guilty of insulting or showing contempt for someone’s religion will have to bear the consequences,” said the firm’s owner.

Similarly, Dubai-based Transguard Group said they have cracked down on an employee who had posted several anti-Islamic messages on his Facebook page under the name of Vishal Thakur.

“Following an internal investigation, the actual identity of this employee was verified and he was stripped of his security credentials, terminated from our employment and handed over to the relevant authorities as per company policy and UAE Cybercrime Law No. 5 of 2012. As of this statement, he is in the custody of Dubai Police,” a Transguard spokesperson said in a statement to Gulf News.

“It is enforced through regular monitoring, evaluation and, if necessary, disciplinary action, including fines, termination and deportation, as per federal law,” the spokesperson said.

The spokesperson also clarified that an individual reportedly posting hateful comments under the name of Prakash Kumar doesn’t work with them. “Twitter user Prakash Kumar” has falsely claimed that he works for Transguard. As mentioned multiple times, we have handed the matter to the authorities and since this individual is not a Transguard employee we have no further comment on the matter,” the spokesperson added.

The new sackings and suspensions come days after both the former and current Indian Ambassadors to the UAE cautioned their countrymen about the UAE’s strict hate speech laws. Similar warnings were issued by missions in other GCC countries. 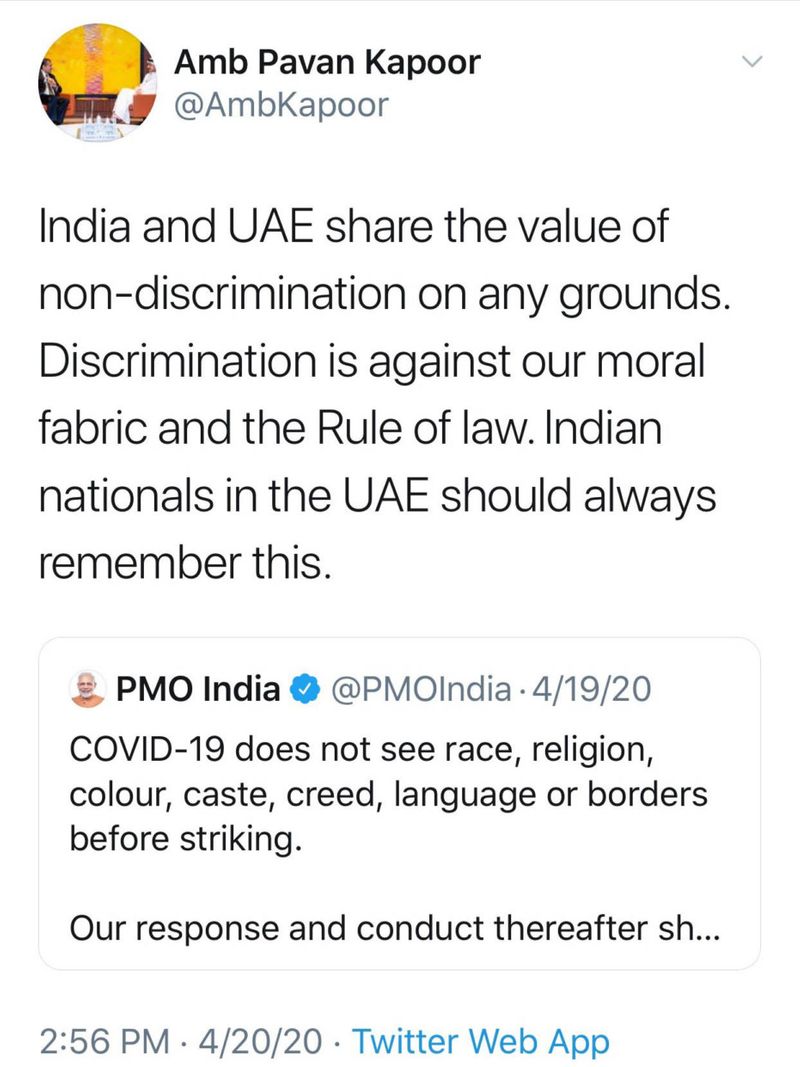 Of late, there has been an alarming increase in the number of highly offensive, Islamophobic posts by some Indians living in Gulf countries. Several of these people have lost their jobs while others have swiftly taken down their posts or deactivated their accounts after being called out by other social media users.

Many have tagged the employers of such people in their complaints, who in turn have taken swift punitive action. 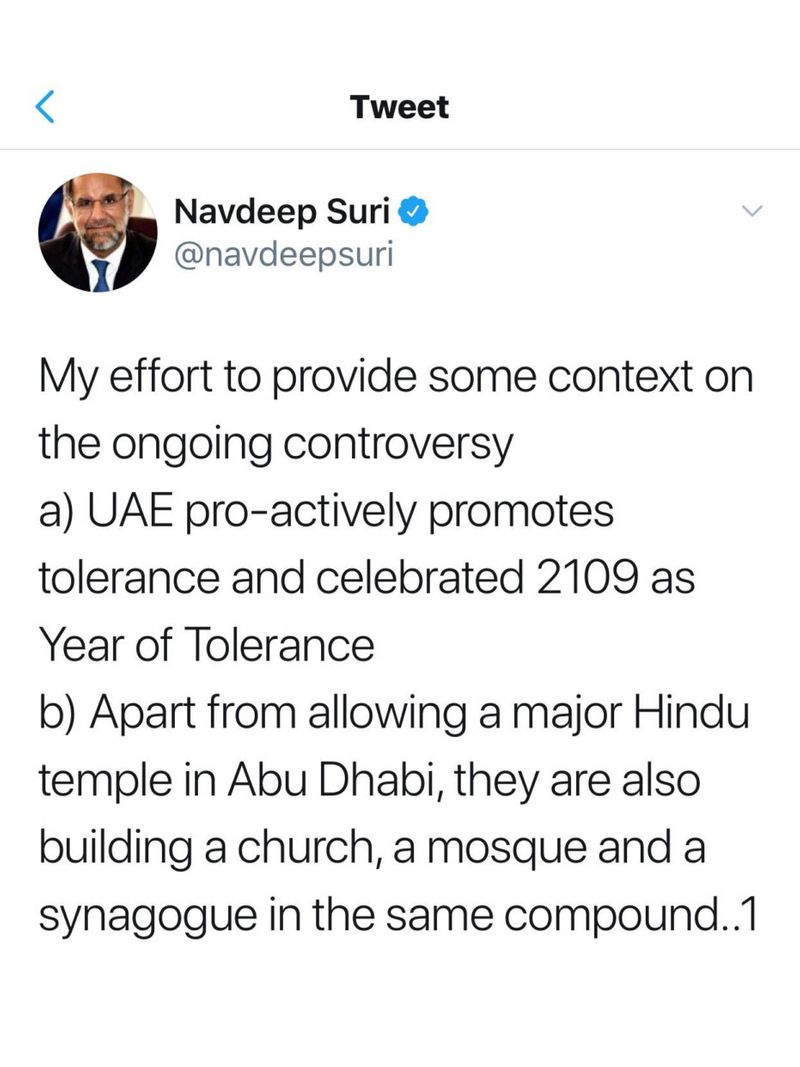 The issue also gained prominence after some GCC citizens on Twitter entered the debate, and raised their voice against the spread of bigotry online.

Much of the vitriol can be traced to an atmosphere of blind hate against Muslims who have been blamed for the spread of COVID-19 in India.

The UAE outlaws all religious or racial discrimination under a legislation passed in 2015.

The anti-discrimination/anti-hatred law prohibits all acts “that stoke religious hatred and/or which insult religion through any form of expression, be it speech or the written word, books, pamphlets or via online media.”

The legislation mainly aims to fight “discrimination against individuals or groups based on religion, caste, doctrine, race, color or ethnic origin.”

Here is the list of some other Indian expats who have landed in trouble for their social media posts: