Commercial satellite imagery of military bases in Iraq targeted by Iranian missile strikes show only minor damage, bolstering theories that Tehran was aiming for a flashy show of force rather than to actually kill US troops.

The Ain Al-Asad military base in Iraq’s Anbar province, as well as another facility outside Erbil, in the Iraqi Kurdistan, found themselves under fire by two volleys of ballistic missiles, fired from inside Iran during the night between Tuesday and Wednesday. Satellite imagery released on Wednesday by the private US company Planet Labs shows only minor damage in both places, mostly to warehouses and equipment storage facilities rather than barracks. 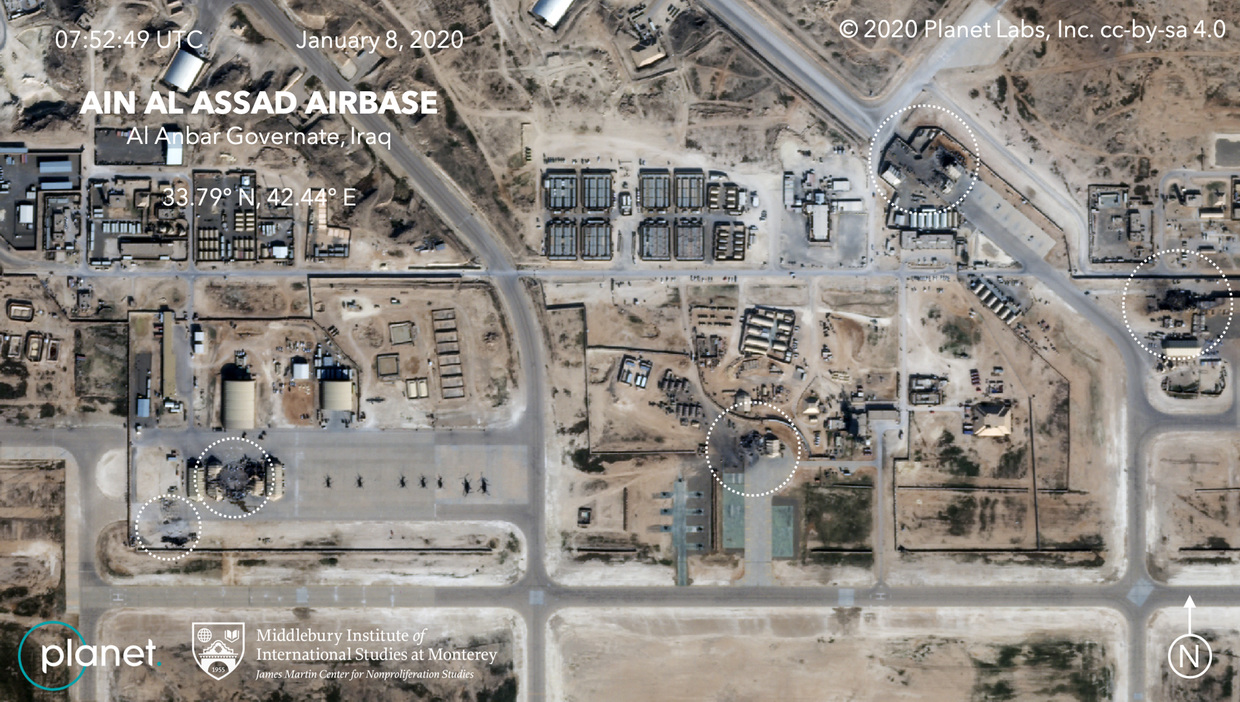 Iran’s Islamic Revolutionary Guards Corps (IRGC) launched the missiles as revenge for the US drone strike that killed General Qassem Soleimani, one of their top commanders, last week outside of Baghdad. Despite belligerent rhetoric that accompanied the missiles, Iran stood down after just two volleys, claiming its legitimate self-defense objectives were met.

US President Donald Trump likewise declared “all is well,” declined to respond with force, and commended Tehran’s decision as “a good thing for all parties concerned.”

No US or Iraqi soldiers were killed in the strikes. The Pentagon claimed its early warning systems caught the launches, allowing US troops to seek shelter.

The Iraqi government revealed on Wednesday that Iran actually called and warned them of the strike in advance, which they then passed on to Washington. Finland and Lithuania, which also have troops stationed at the two bases, also reportedly said they were informed of the strikes in advance.

All of this has prompted speculation that the Iranian missile strikes were more of a symbolic act than a true escalation of the ongoing conflict between Tehran and Washington. Iran proved it had the capability to kill US troops if it so chose, but deliberately refrained from it, argued former US Marine and UN weapons inspector Scott Ritter.

The top US general, however, claimed on Wednesday that his “personal assessment” was that the IRGC was shooting to kill.

“I believe, based on what I saw and what I know, that [the strikes] were intended to cause structural damage, destroy vehicles and equipment and aircraft, and to kill personnel,” Army General Mark Milley told reporters.

Salman Rushdie on ventilator and ‘likely lose to one eye’ after attack, says agent