According to the sister of the girl who was gangraped and killed, she had just passed her Class 10 board exam

Kolkata: Bengal’s National Highway 31, which connects state capita Kolkata to Siliguri, turned into a battlefield Sunday afternoon and evening after locals blocked the road to protest the alleged gangrape and murder of a school girl.

The protest took place at Chopra, which is around 500 km north of Kolkata. For almost two hours the police tried to disperse the protesters but were met with fierce resistance, forcing the cops to resort to a lathi-charge and firing tear gas.

The violence, which began at around 2 PM, lasted for several hours and at least three buses and police vehicles were torched.

Police believed they had dispersed the crowd at around 5 PM but the protesters simply moved on another arterial road and began attacking cops with bows and arrows. 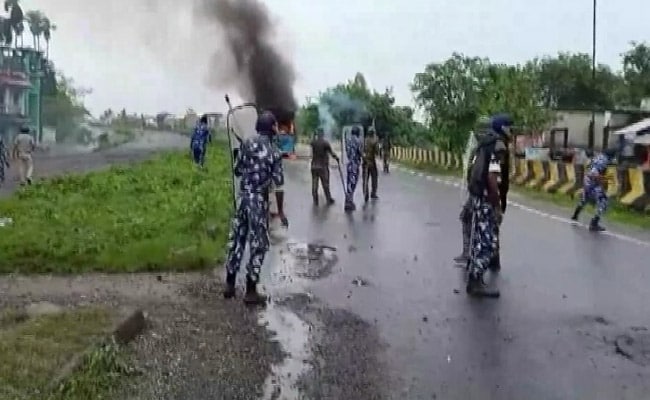 According to the sister of the girl who was killed, she had just passed her Class 10 board exam. Her family launched a search party after she went missing last night and spotted her body under a tree.

Locals have alleged she was gangraped and murdered. Two bicycles and some mobile phones found at the scene have been handed over to the police.

Protests broke out soon after the girl’s body was found.

The situation is now under control, say local police, and an investigation has been launched into the death of the girl.