In the first four days of May, rural areas have contributed 1.39 times the number of new cases as urban areas.

The second wave of Covid-19 in India has gained traction in the country’s vast rural hinterland, where health care infrastructure is weaker than in urban areas, at a much faster rate than it did during the first wave of the outbreak, shows data analysed by HT.

During the first wave, urban areas contributed a majority of new infections in India every month for five months from March 2020 – the first month when India detected a locally transmitted case of the infection – to July 2020, before rural areas started contributing more new cases than urban areas. In the case of the second wave, which started in February, this has taken just two months. 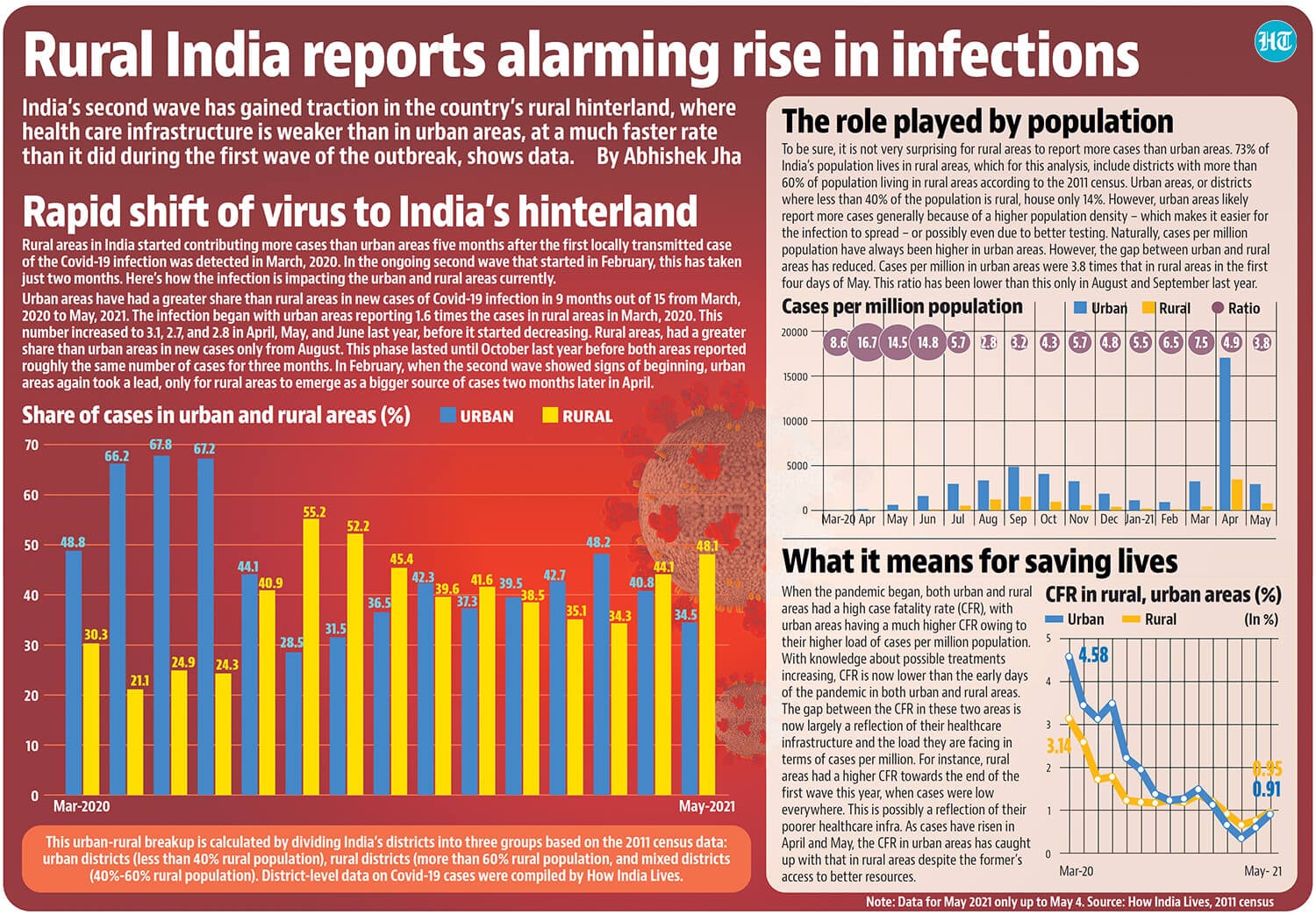 In April, rural areas contributed close to half (44.1%) of all new cases, compared to 40.8% contributed by urban areas.

In the first four days of May, rural areas have contributed 1.39 times the number of new cases as urban areas. The only months in which rural areas contributed more cases than urban areas before this was last year, between August and October, and then again in December.