Guwahati : In a time when even the common people have been hit very hard by rising prices of essential commodities the Muslim MLAs of Maulana Ajmal’s AIUDF seem least bothered about the sufferings of the people and most concerned about their own luxury. The  MLAs of opposition AIUDF wish spend their spare time at gym and swimming pool as they raised a shocking demand during the second day of the ongoing Autumn Session of the Assam Assembly, petitioning Assembly Speaker Hitendra Nath Goswami and demanding the construction of a gym and a swimming pool within the assembly complex and MLA hostel. 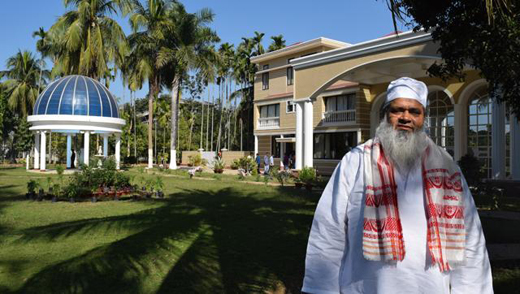 Following the footsteps of their leader Maulana Badruddin Ajamal who lives in one of the most luxurious in his hometown Hojai , the AIUDF MLAs submitted a petition to Speaker Hitendra Nath Goswami demanding a gym and a swimming pool so that they can keep themselves “fit and healthy”.

“We have submitted a petition for the construction of a state-of-the art gym and a swimming pool at the assembly complex,” AIUDF MLAs Aminul Islam and Abdur Rahim Ajmal told reporters.

The two AIUDF MLAs further appealed other legislators to support their demand.